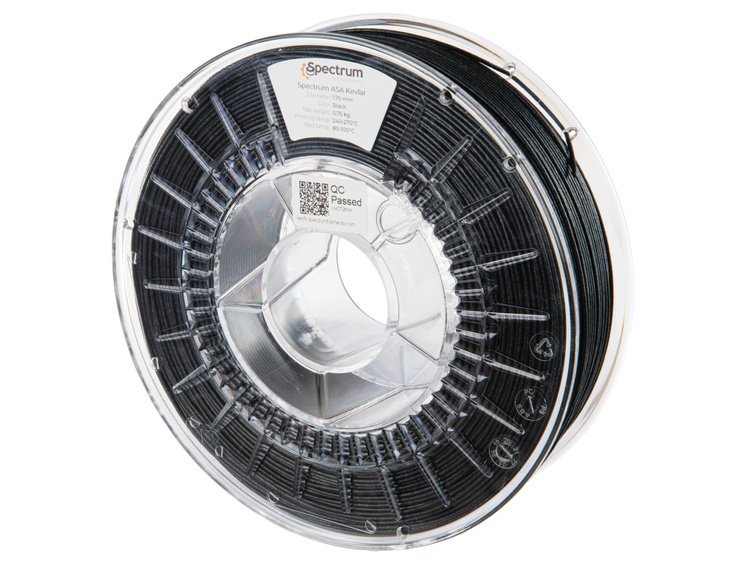 Spectrum filaments is a Polish brand producing filament for 3D printers. The offer includes PLA, ABS materials - in two diameters, PETG or special filaments such as Carbon or glowing in the dark. Filament Spectrum will allow you to bring all your projects into the real world in high quality. Thanks to the wide range of colors, everyone should find something suitable for themselves.

Spectrum ASA Kevlar filament Long life in production applications The Spectrum ASA Kevlar filament is a technical composite material based on a combination of ASA copolymer with aramid fibers. Creating composite materials by combining materials is aimed at giving new, previously unattainable properties for separate components. As the basis for the production of the composite, we used ASA copolymer, well known for its high resistance to weather conditions, combining it with aramid, which is used to make one of the strongest synthetic fibers. Aramid fibers, known mainly as Kevlar, are used to produce items with high resistance to damage, such as bulletproof vests, helmets or loudspeaker diaphragms. Aramid fibers under stress do not break brittlely (like glass and carbon fibers), instead they undergo shear cracking and tearing - which makes them highly resistant to damage. Aramid itself is a material that is poorly resistant to UV, its closure and specific protection in the ASA polymer, highly resistant to this factor, guarantees long life of the fibers and the entire composite. Kevlar fibers, unlike carbon and glass fibres, show significantly less abrasion of the printer's nozzle, which is not without significance for the printing process costs. The use of fibrous structures reduces the shrinkage of the material during printing, enabling the production of large-size models. Thanks to our new Spectrum ASA Kevlar filament, it is now also used in 3D printing technology. Elements printed from Spectrum ASA Kevlar material can be used in applications requiring resistance to sunlight and high impact strength (e.g. bumpers, protections, etc.). The content of aramid fibers results in a rough outer surface of the printouts, which makes them more matt, and thus - have higher aesthetic values ​​than the classic ASA. 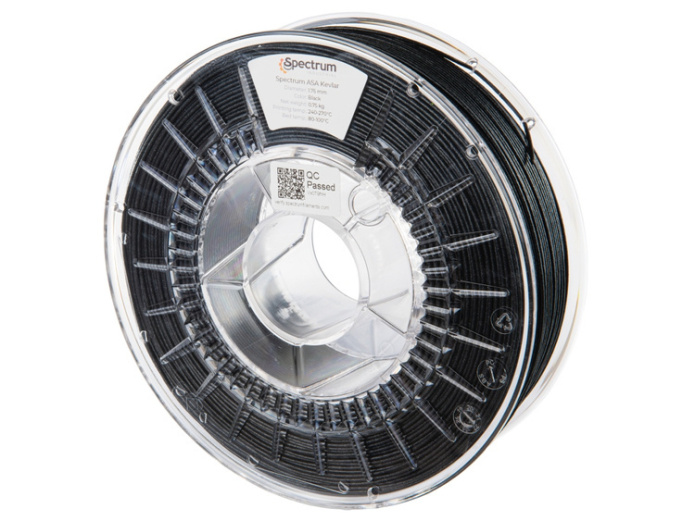 There is currently no comments or ratings for this product. 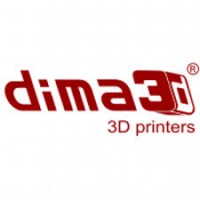 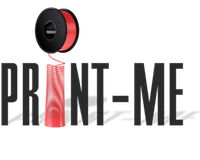